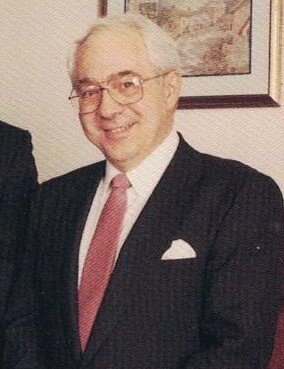 Please share a memory of Thomas to include in a keepsake book for family and friends.
View Tribute Book

Thomas D. Calandra, a prominent criminal defense and trial lawyer whose career spanned 50 years, died March 11, 2022 following a courageous battle with kidney renal disease. From early childhood, Tom was a devoted fan of professional boxing. It was his own scrappy nature that enabled Tom to vigorously represent clients throughout his professional career and with the same determination in later years to outlive his prognosis.  He was 83.

Tom is a graduate of Medina High School (1955) and after graduation, enlisted in the U.S. Navy on 9/31/1955 where he served through 3/3/1959.  Following his military service, he attended SUNY Cobleskill and later Drake University, Des Moines, Iowa where he received his Bachelor’s Degree in Business Administration and his Juris Doctor in 1966.

Tom was admitted to the New York Bar in December of 1966 and started his general law practice in Albion.  In 1968 he was appointed as the first public defender in Orleans County.  Throughout his career, Tom handled many high-profile cases throughout the Finger Lakes and Western New York region. The cases themselves and surrounding circumstances, at times, were the subject of polarizing public interest.  Tom is well known as a stalwart competitor in the courtroom. He will be remembered by many young lawyers he mentored for the help and advice he gave and for sharing his vast knowledge.   He was elected to the National Association of Criminal Defense Lawyers.

After retiring in 2015, Tom enjoyed his annual Las Vegas trips to his Navy friends’ boxing gym to watch upcoming new boxers spar.  He also enjoyed spending winters in Florida visiting with family and friends and watching his favorite sports teams.

Private burial for family members only in Medina, NY.

To send flowers to the family or plant a tree in memory of Thomas Calandra Jr., please visit Tribute Store
Sunday
27
March

Share Your Memory of
Thomas
Upload Your Memory View All Memories
Be the first to upload a memory!
Share A Memory
Send Flowers
Plant a Tree