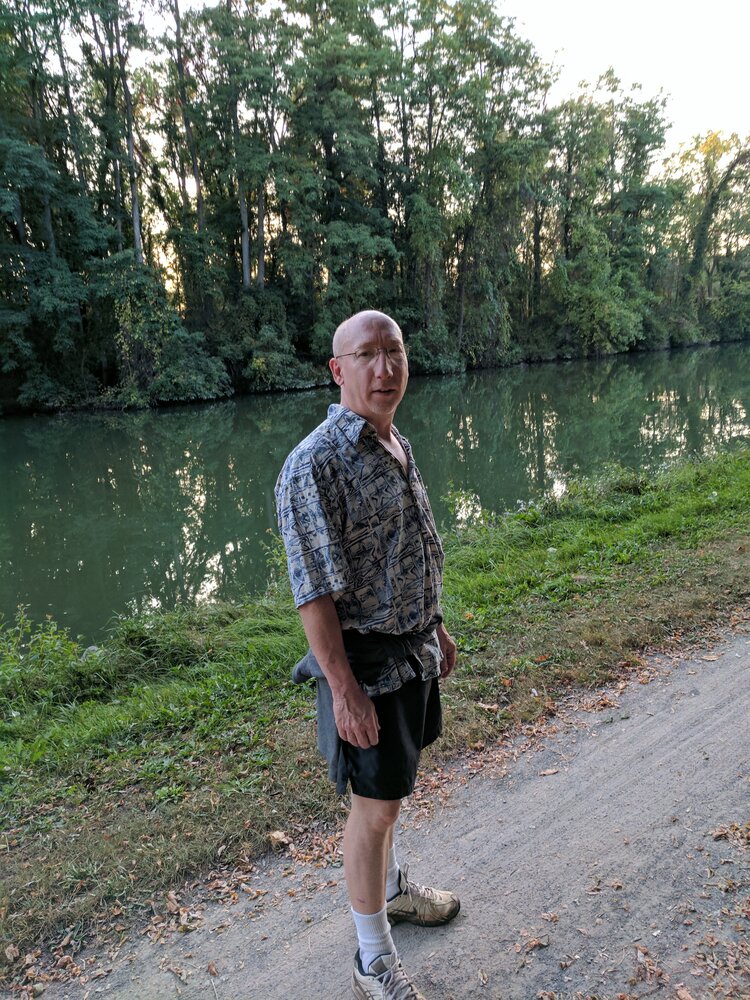 Please share a memory of Steven to include in a keepsake book for family and friends.
View Tribute Book

Born in Rochester, NY on December 1, 1960, Kirk graduated from Byron-Bergen High School where he played soccer, tennis, and wrestled. Working the graveyard shift at a factory inspired him to go back to school and get a degree in Electronics. For the next several years, he worked at various companies in the Rochester area. When Ben was born, he agreed to stay home with the kids because his family was his life. After Lydia was born, he went back to work at the University of Rochester Laser Lab where he stayed until retirement. When he said he wanted to drive a school bus as his retirement gig, everyone thought he was kidding (or crazy), but that’s exactly what he did, and he loved it. Working with his attendant and talking to the kids he transported brought him joy every day.

Kirk was a true Renaissance man with so many hobbies that there weren’t enough hours in the day for him to do everything. He was truly built for retirement, as evinced by our basement–full of his half-finished projects. His many hobbies included bee keeping, hunting, dirt bikes, gardening, sailing, carpentry, grilling, baking, candle making, music, soccer, tennis, skiing, inventing, and especially modifying anything to make it work better.

If you got him going, he could talk for hours. He was not a short story kind of a person; long-winded and highly detailed in everything he did. Like MacGyver, he could fix anything (bikes, cars, dishwasher, stove, refrigerator, furnace, hot water heater) with whatever was on hand. He wanted to do everything himself because no one else worked up to the standards he set for himself. This also meant that nothing was ever completely finished. He was always inventing his own gadgets and devices. Not only did he make his own charcoal for our grill, he developed the system used to make the charcoal. As a long-time beekeeper, he was unimpressed with standard techniques, so he designed and built his own hives and modified his equipment to be more efficient.

He was never concerned with societal expectations or how he was perceived, because he knew who he was and what made him unique. That is what made him an outstanding role model for his kids. He would tell everyone how proud he was of his children. At a time when it was not the norm, Kirk spent seven years at home raising four truly remarkable children whom he loved beyond measure. If you ever mentioned his family to him, you knew this well.

Kirk was a loving husband and father who was held in high esteem by everyone. He had a great quick-witted sense of humor, loved to laugh and have fun, and always encouraged the people around to him to excel in whatever they wanted to pursue. He wanted you to find the same kind of passion that he found in every aspect of his life. He loved being outdoors and spending time in the woods where he felt closest to God. He will be lovingly remembered; a kind soul that will continue to live on in the hearts of everyone he met.

Whether you knew him as Steve or Kirk, the family would appreciate you sharing any memories with us.

To send flowers to the family or plant a tree in memory of Steven Reber, please visit Tribute Store
Saturday
19
March

Share Your Memory of
Steven
Upload Your Memory View All Memories
Be the first to upload a memory!
Share A Memory
Send Flowers
Plant a Tree