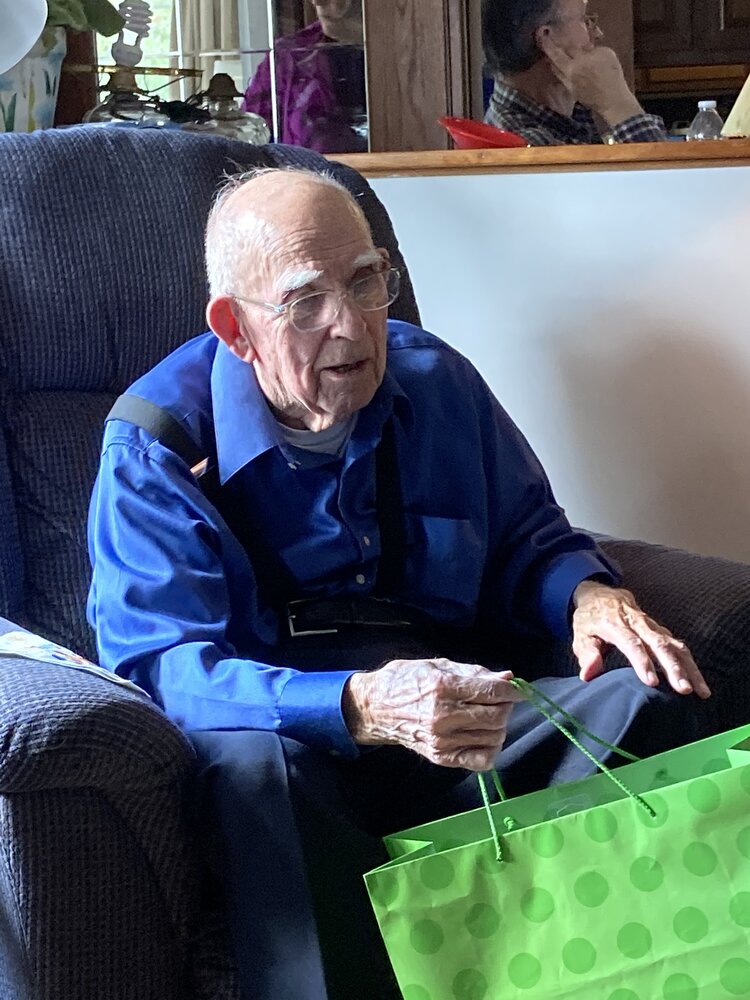 Please share a memory of Cyril to include in a keepsake book for family and friends.
View Tribute Book

Cyril was born in Brockport on Berry Street to Cyril and Gertrude Hare on April 25th 1931. He grew up and attended school in Brockport. In high school he excelled in sports and received the Bing Crosby award and several others for football. He graduated in 1949. Then enlisted in the Army in 1952 and served in the Korean war. He married Beverly Quinn in December of 1952.  He returned home from the Army in 1954.

Cyril worked for his father-in-law Roy L. Quinn installing and repairing oil heating systems, then went on the be a foreman at General Electric, before working at Eastman Kodak until his retirement in 1986.

Cyril and Beverly had three children Lenny (aka Uncle Lenny) Cindy and Scarlet and enjoyed many different activities as the years went by. They started camping when Lenny and Cindy were very young, in a 15 foot camper. They, along with many of their families, would travel to Canada, Fairhaven and many other campgrounds around the area. They owned a home on Coleman Creek, they would send Lenny off to school walking with Chris Martin, just to have him turn back around and walk home because he didn’t want to go to school. Maybe that’s why they moved to Lawton Road. Too far for Lenny to walk home from school when he had to ride a bus everyday. They bought a small farm on Lawton Road where both the Quinn and Hare families enjoyed spending time and helping make their house into a home. Building barns, stalls for the horses, places for the sheep, horses,  cows, pigs and chickens to wander, putting up the swimming pool and of course enjoying that, plus any repairs that needed to be done. Everyone especially enjoyed when one of the baby lambs would have to be brought inside and cared for.  Scarlet came along after the move to Lawton Road.  They loved entertaining family and friends on the farm and held many family gatherings there. Some years at Christmas time, they would sell Christmas trees from the field out back. People would trudge through the snow to cut down the perfect tree, or there were others already cut down for them to choose from. The price was a big $3 amazing compared to the prices we pay these days.

Cyril raised harness racing horses and even built a track out back past the Christmas trees so he could train the horses at home. They would race the horses at Batavia Downs, Buffalo Raceway and Vernon Downs with the help of the Haslip family. The whole family would travel to the racetracks to help participate. I guess it caught on because Cyril’s nephew Rick and great-nephew Dan  have dabbled in the horse racing business.

Many fun times were had on Lawton Road, whether it was baling hay on the hottest day of the summer, then jumping into the pool to cool off, or coon-hunting with Sheriff Al Skinner and Bob Gibson and the hounds Cyril raised. Everyone, (Stan, Don, Jim Tom, Rick and who knows how many others) most looked forward to deer hunting season. Grandmother Hare would pack sandwiches for them, they’d be at the house bright and early, and each head out to a different tree stand. Cyril was famous for falling asleep in his tree stand. Guess it was the thrill of spending time with all the guys he enjoyed more than the actual deer hunting.

Cyril also raised pigeons for a few years. He would try and talk anyone who was going anywhere out of town to take the birds and then release them so they could race home. He was in a Pigeon racing group for awhile and they would truck those birds everywhere.

Cyril and Bev again did some camping at Indian Village campgrounds in Canandagiua. Starting out in a very small trailer with Lenny, Cindy and Scarlet, and ending up with a park model on the hill next to brother Stan, his wife Marilyn and their family. Many fun times were spent at camp, boating and fishing, taking walks in the woods, teaching the kids, and grandkids to swim and water-ski, telling stories around the campfire, making s’mores and just spending time with friends and family. They met some very special people there.

After they retired they moved to a mobile home on Sandybrook Drive where they continued to entertain with family dinners and parties. They were lucky enough to have some extremely wonderful and caring neighbors! Cyril worked around the park mowing lawns, plowing snow and helping people fix just about anything. Cyril would take the grandchildren for rides on the backhoe, tractors, snow plow, lawn mower, anything for fun.  He would go to Lenny’s house early to get Michael to help him with something at the park and always wonder why Mike who was probably 17 at the time was mattress testing (still in bed) at 7 am in the morning! Cyril was awake why wasn’t everyone else.

After Beverly passed away in 2012, Cyril slowed down a little, still got up at the crack of dawn for no reason. He enjoyed sitting on his porch and watching the different birds that would come visit at his and his neighbor Al’s feeders. Still tried to mow and trim his lawn, and shovel or snowblow. The past few years he was lucky enough to have a very special friend Ollie Simons share some time with him. On the weekends Ollie would come over and they’d go shopping, and then most always make a stop at Hamlin Life’s Solutions store to look around for anything they couldn’t live without. She has been a nice addition to our family.

In October Cyril wasn’t feeling quite right and went to the hospital with pneumonia, he went from there to a nursing home for a few weeks, and then home to Scarlet and Dave’s on Hospice. Where he passed away on November 18th 2021

The last of the good guys! Rest in peace!

Share Your Memory of
Cyril
Upload Your Memory View All Memories
Be the first to upload a memory!
Share A Memory