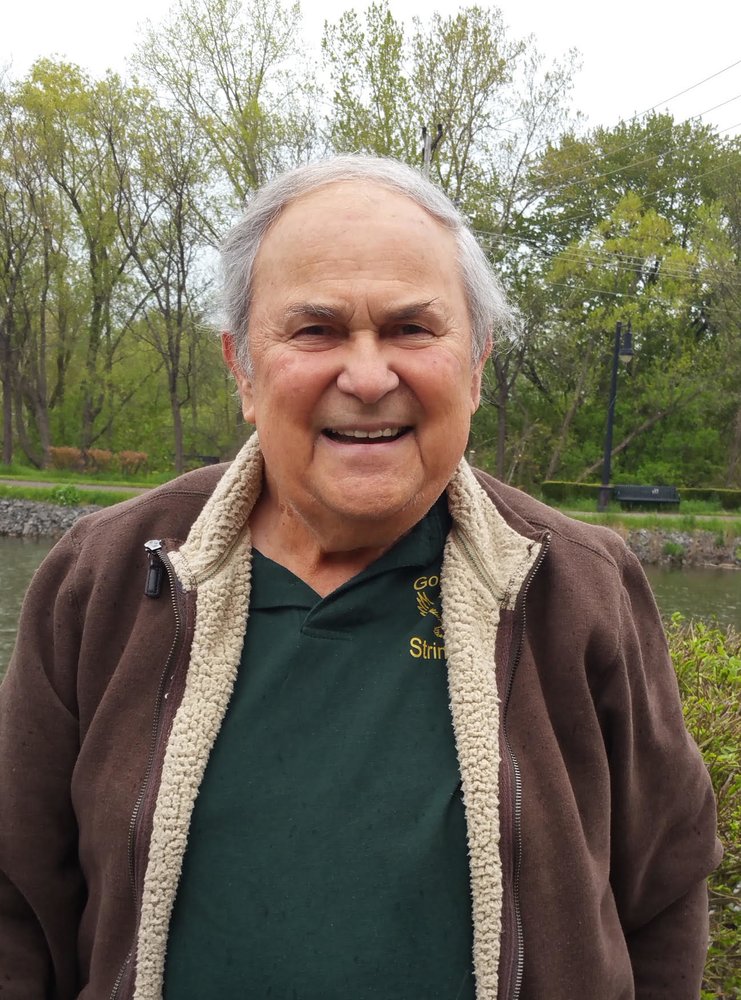 Please share a memory of William to include in a keepsake book for family and friends.
View Tribute Book

Brockport - Passed away peacefully surrounded by his family on Monday, April 26, 2021, at the age of 84. He is survived by his devoted wife of 59 years, Suzanne; sons Stephen, Jeffrey, Brian, and Matthew; 9 grandchildren; 2 great-grandchildren; his brother Robert Hullfish and sister Judith Lewis. William proudly served his Country in the United States Air Force from 1957-1963, touring the world performing with the legendary United States Air Force Band, Singing Sergeants, and achieving the rank of Technical Sergeant at 25.

He was a beloved professor of music at SUNY Brockport for almost 50 years – with degrees from The University of Maryland and a doctorate from the University at Buffalo. Always one for adventure, Bill canoed, hiked, and biked extensively through the United States and Canada. In 1977 he and his family completed an epic, world-record-breaking family bike trip, from San Francisco to Atlantic City.

Many in the community know Bill as the leader of the Golden Eagle String Band, which performed and recorded for the last 4 decades. Living in Brockport for over 50 years, Bill was a historian of the Erie Canal and a lifetime member of the American Canal Society. He authored books including “The Canaller’s Songbook,” “Songs of the Horse-Ocean Sailor,” and “The Erie Canal Sings.” He also recorded an album of canal songs for Smithsonian/Folkways, “Grand Canal Ballads,” and an album of songs for Rochester’s Sesquicentennial. His musical contributions to the community also include performing in the Brockport Symphony Orchestra and the GateSwingers Jazz Band. The community recognized Bill when he was memorialized as part of a mural in Brockport’s Sagawa park. Long fascinated by the headline-grabbing 1936 trial of the dog Idaho, Bill co-authored “The Brockport Murder Dog Trial,” published this month by The History Press.

A celebration of life will be arranged later this summer for the community. Please consider donating to brockportsymphony.org/donations in Bill’s memory.

To send flowers to the family or plant a tree in memory of William Hullfish Jr., please visit Tribute Store

A Memorial Tree was planted for William
We are deeply sorry for your loss ~ the staff at Fowler Funeral Home, Inc.
Join in honoring their life - plant a memorial tree
Online Memory & Photo Sharing Event
Online Event
About this Event

Look inside to read what others have shared
Family and friends are coming together online to create a special keepsake. Every memory left on the online obituary will be automatically included in this book.
View Tribute Book
Services for William Hullfish Jr.
There are no events scheduled. You can still show your support by sending flowers directly to the family, or planting a memorial tree in memory of William Hullfish Jr..
Visit the Tribute Store

Share Your Memory of
William
Upload Your Memory View All Memories
Be the first to upload a memory!
Share A Memory
Send Flowers
Plant a Tree