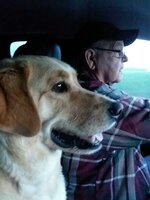 Kendall: Passed away unexpectedly on March 13, 2022, at the age of 74.  Predeceased by his parents Leonard and Mary Jewsbury.  He is survived by his loving wife of 43 years, Mary; brother William (Loretta) Jewsbury, sister Mary Jaffarian, nieces and nephews.

Richard proudly served his country in the United States Army.  He retired from Kludt Brothers Farm having worked there for over 30 years.  Most recently, he worked part-time at the Kendall Highway Department and was a member of the Kendall Fire Department in past years. Richard enjoyed both watching and participating in sports.

Family will receive friends on Monday March 21st from 2-4 pm at the Fowler Funeral Home Inc., 340 West Ave., Brockport followed by a funeral service at 4 pm.  Interment will be at the convenience of the family.  In lieu of flowers, donations may be made to the Kendal Fire Department or the Kendall Ambulance Corp. in Richard’s memory.