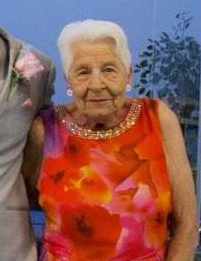 85, of 10 Sweden Ln. Brockport, NY passed away in her home surrounded by loved ones on Thursday, April 22. She leaves behind her husband of 66 years, Raymond, her son, Steven VandeBogart of Florida, and his son Clayton VandeBogart of Florida, daughter, Tammy (Greg) Smith of Brockport, and Tammy's daughters and grandchildren Janelle (Matt) Gavin and Noah Hennard, Kelly VandeBogart and Courtney (Seth) and Wyatt Deeren, her sister,  Cindy (Jim) DeTar of Brockport, special nephew Christopher DeTar of Brockport and several other nieces and nephews. She is predeceased by her parents, James and Margaret Gallo and sister Diane Galbraith.

Marilyn prearranged for her body to be donated to the University of Rochester. Per her request there will be no funeral or memorial service. In lieu of flowers donations can be made in her name to Lollypop Farm Humane Society of Greater Rochester.