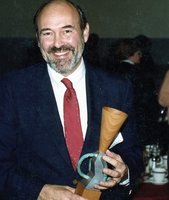 Robert V. Sperandio Spencerport: Bob has left us after a short time of coping with dementia. He has left behind his wife and partner of 54 years, Jackie, his daughter Beth and her husband Richard, his son Mark and his wife Joan. He has also left 2 loved granddaughters, Cecilia and Lilah, a brother Phil and his wife Donna, several nieces, nephews, cousins, and friends. Bob was predeceased by his parents, Marty and Lucy Sperandio and a sister Janet Day. Bob was born in Hartford, CT but spent his childhood and teen years in Gates. He graduated from Aquinas High School and later from the University of Windsor where he earned an MBA degree. Bob was an entrepreneur… he loved the building of a business, the interaction with the people who were building it with him and the feeling of success when things worked. He built the family business Sporting Dog Specialties from a tiny enterprise in his family’s basement to a successful business that offered jobs to over 400 people. In retirement he took his love of a challenge to volunteerism. He often said that helping the people who were doing important work was one of the greatest joys of his life. He was proud to think he made a difference in his volunteer work at Lifetime Assistance and Hope Hall. But probably he was most proud to have been able to see his children grow to be good caring adults. Bob deserves a send off with accolades, balloons, tears and laughter. But instead we ask that you raise a glass in his memory and consider remembering him with a gift to his favorite places… Hope Hall, 1612 Buffalo Rd., Rochester N.Y. 14624 or Lifetime Assistance Foundation, 425 Paul Rd. Rochester, N.Y. 14624. There will be no calling or memorial services at this time.